For the past few years, I’ve had the pleasure of working with clients in the luxury/fashion industry, ranging from designers to fashion retailers to luxury eCommerce players. Along the way, I’ve learned how to pronounce designer names like Givenchy and Thakoon; I’ve watched the Red Carpets with a closer eye; and I’ve helped develop marketing strategies that have driven tens of millions of dollars in revenue. And I enjoy it.

Today, let’s take a look at one of the more interesting designer labels to hit the luxury fashion scene in the past few years: Mansur Gavriel. Their handbags sell out across the web within minutes of being restocked. As the Business of Fashion reported in January, “by New York Fashion Week in September, Mansur Gavriel had become the bag of choice for editors and street style stars, as well as Kirsten Dunst, Emma Watson and Miranda Kerr.” Despite their tremendous success in 2014, they just continue to grow their brand in 2015, as shown in their increasing search interest above.

The spike last week was caused primarily by two factors: the first and probably biggest factor was the fact that they restocked their handbag supply on March 19th, which promptly sold out. The second factor was that they launched an Instagram Contest on Harper’s Bazaar leveraging Curalate’s Like2Buy eCommerce platform.

The Instragram promotion appears to be successfully driving Mansur Gavriel Instagram followers (159,526 as of this post) – up by over 29% since January. 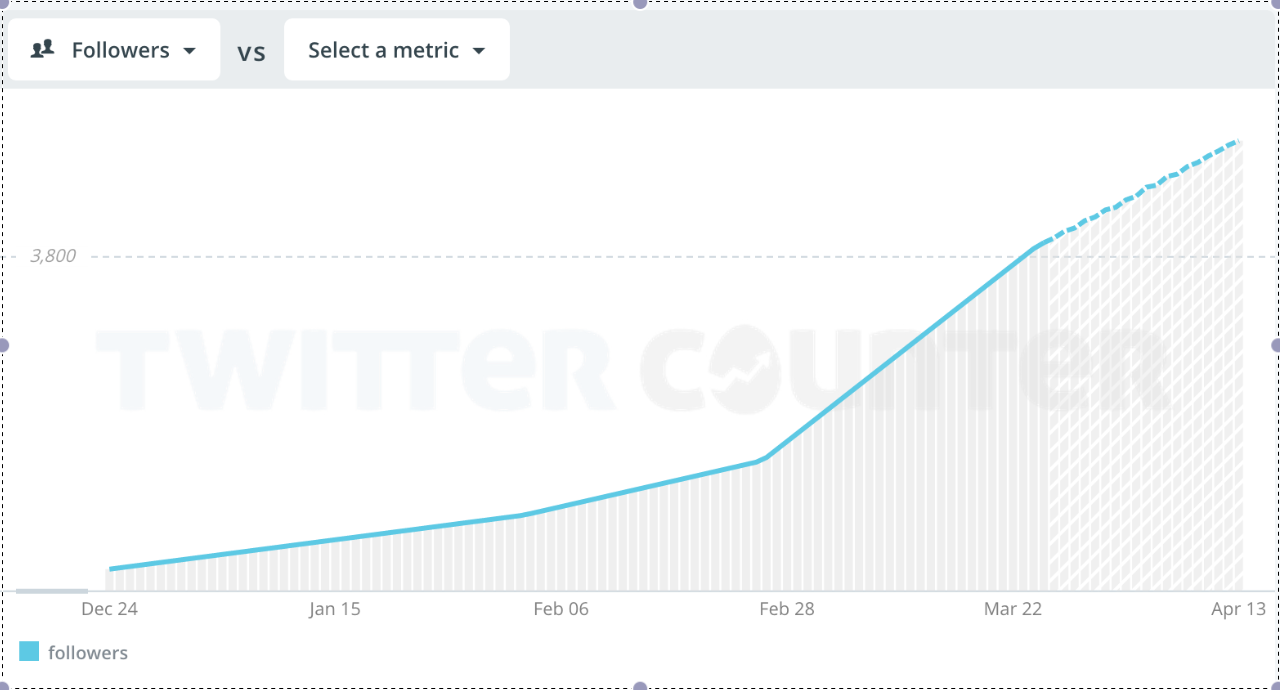 Mansur Gavriel Is Only Getting Hotter

But the story isn’t all positive for the Mansur Gavriel brand.  As we can see below, five paid Google Shopping/paid search listings appear at the top of the Google Search Engine Results Page (SERP) ahead of MansurGavriel.com for the brand search term. 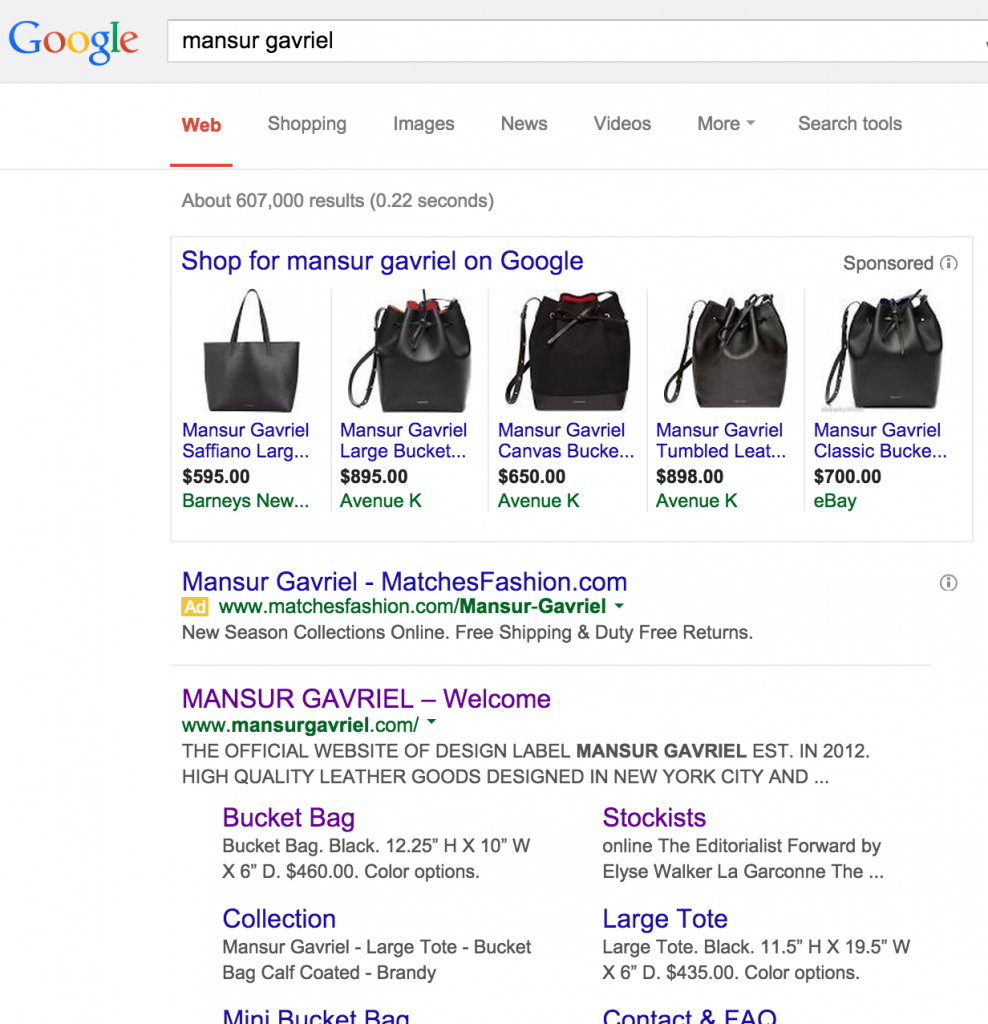 Why is this significant?

Because Mansur Gavriel does not have a paid search marketing campaign running on their brand terms.  This means that they are losing significant low-cost/high-value traffic to their brand site, and B) missing out on key opportunities to convert their most interested Mansur Gavriel fans into valuable email subscribers.

Stay tuned for our upcoming Q1 recap of luxury fashion trends specific to search engine marketing (paid search) where we’ll show you which components of the search marketing landscape are being adopted fastest by a range of fashion designers and eCommerce companies.

And later this week we’ll dive into the latest search trends we’re seeing with fashion eCommerce companies like Tradesy, Lyst, Moda Operandi, Rent the Runway, and American Giant and Bonobos. 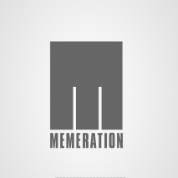 One of the things that I love about living in New York City is that there’s always someone you know doing something cool, especially in the digital space.  The New York digital scene is really exploding right now, and NYC is home to hundreds of pretty awesome digital startups including Foursquare, Tumblr, Skillshare and many others as you can see with the NYC.gov “Made in New York Digital Map”, and the NY Tech Meetup’s collection of internet companies made with ♥ in NYC.

Woody Batts, owner of Batts Creative and a former colleague of mine, is a prolific designer, creative director, painter, illustrator and now iPhone app creator.   Woody”s currently focusing on creative direction at the US Open, yet he found time last week to launch a brand new iPhone app, called Memeration.  The app essentially allows iPhone users to make their  iPhone photos as meme-worthy as all of those cat photoz on Facebook.  And it’s incredibly simple to use (and a bargain at just $.99 in the App Store.)

Woody was nice enough to answer a few questions I had for him about his inspiration for the app, how it was developed and how he’s promoting it.  If you’re an aspiring iOS app-maker, my interview with Woody reveals some of the things you just might need to know to make it into the App store.

IO: What inspired you to create Memeration?

WB: One night I took a series of pictures of myself making silly faces that I could text back to my friends. I thought to myself there has to be an app that allows me to create my own meme with my own photos. Unfortunately the apps I found were expensive or didn’t have the features as I desired so I decided to make my down app, Memeration.

IO: What are your goals with the app?  What do you hope to learn as people use it?

WB: I would really like for people to be able to use the app not only to make jokes but also create social commentary within jokes.  I like to think of the app as a court jester…something that can tease and make fun of issues that are actually quite important.

An example would be of me taking a photo of the 7 train here in New York City and adding the text “Drop of rain falls, stops running.”  I could then tweet that meme to the MTA with the hopes that they would understand that they should be better prepared for rain and the 7 train.

Fortunately my hopes for the app are starting to be achieved. I see more and more people using the app to create inside jokes to share with themselves and their friends. I have a few friends I share an inside joke with about the awesome liquor beverage Four Loko. We create memes and share them via text messaging. I have been receiving the memes from my customers who are doing the same…but with Hypnotiq, Guinesss…there’s a liquor theme here lol!

WB: Through my interactive business Batts Creative, I have a wonderful programmer Jeffrey, who assists me in building my interactive projects. He’s awesome! This app in Made in NY!

IO: Who did you partner with?

WB: I do not have a partner.

WB: My Moleskin sketchbook. I have been keeping a sketchbook since I was 14 and developed all of y wireframes and concepts there.

I also incorporated a custom font I built years ago into the typography. For the main design I used Adobe CS6.

IO: How long did it take?

IO: What costs were involved?

IO: What happened during the development process that surprised you?

WB: Facebook’s API recently changed as we were in the process of launching. We had to reconfigure the app to accommodate this change.. No biggie!

IO: How are you promoting Memeration?

WB: Facebook, Twitter, Pinterest…mainly social media channels. I will be reaching out to blogs this week to help get the word out.

WB: Twitter is very very helpful. Also blogs are extremely helpful for getting the word out beyond your circle of friends.

IO: What’s your next project?

WB: Through my art studio I am launching a new T-Shirt the “I Skull NY” this will be available next week. I am also negotiating in having my eyewear “The Ambitious Outsider” mass produced, through my interactive company Batts Creative we are developing a new interactive tool for UNICEF and finishing up some design work for the USOpen.org website…I’m a busy bee! 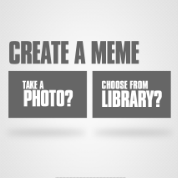 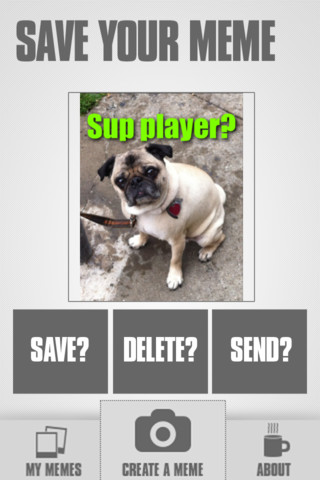 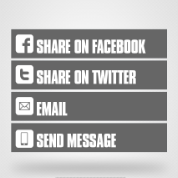 4 Tips: How to Use mTurk For Marketing Research at $1.21/Hour

I’ve been using Amazon’s Mechanical Turk to get vast quantities of work done quickly and cheaply over the past several months.  The tool has evolved from it’s earlier days, and many people I’ve spoken with have outdated ideas about what the tool can help you achieve.  It’s not the easiest tool in the world to [...]

Last week, a few days before the 2010 midterm elections, I was contacted by Columbia University Television regarding a story they were filming on the topic of how social media is transforming political campaigns. The producers for the story reached out to me via Facebook after viewing my presentation “Andrew Cuomo vs. Carl Paladino: A [...]

Recommended Reading: Social, SEO and The Social Graph: What to Do Now – New Whitepaper from Gigya

Social Search – Recommended Reading (either before or after watching the Social Network): Have you been wondering about Facebook Search, Facebook Likes, and how to leverage them for your business?  Maybe you’ve heard of Twitter Annotations, Social Objects, or Semantic Search even?  Well, it all ties back to Social Search and it’s getting bigger and [...]

Yesterday morning, a new promoted trend started appearing on Twitter: Paris Motor Show.  It is promoted by Chevrolet Europe, and it integrates an unbranded Twitter Promoted Trend with a Branded Promoted Tweet that drives to a basic YouTube channel that hosts a video uploaded just this AM. This post breaks down the promotion and takes an early [...]

What Do The Top 20 Fastest Growing Categories in Paid Search (PPC) Tell Us About the Economy?

Earlier today, AdGooroo published its list of the Top 20 Fastest Growing Verticals (Categories) in Paid Search (SEM, PPC).   Does the fact that the fastest growing categories include home improvement, motorcycles and travel indicate that an economic recovery is afoot?  And for a humorous take on how to potentially use the data above, be sure [...]