Since launching Promoted Tweets in April, Twitter has kept the program in a fairly tight state of beta.  Finding information on the results of these campaigns has been difficult, so if you have research that points to results, please share.  In the meantime, here are 5 examples of various strategies that companies are using to leverage Twitter Promoted Tweets:

Zecco uses Promoted Tweets as an awareness-builder and a tool to engage the target audience when they search on Twitter for both branded and unbranded keywords (e.g. branded: zecco, unbranded: $vix). 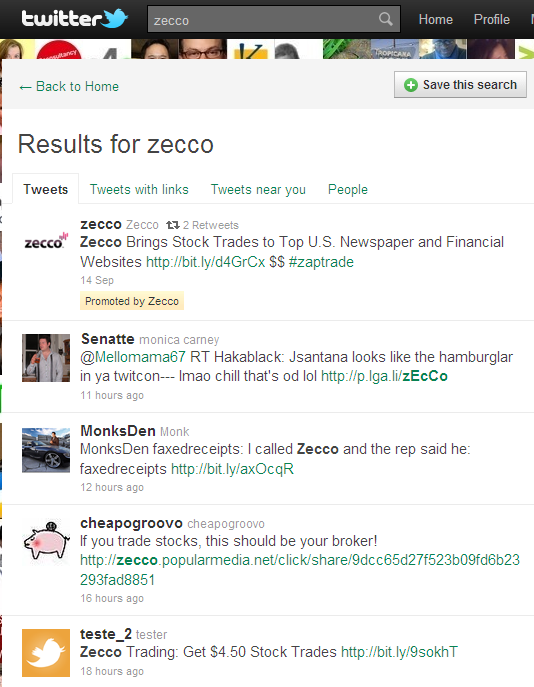 The strategy for Zecco is to come to the trader — rather than drive the trader to the Web site. According to Zecco CEO Mark Ranieri:

For Zecco, Promoted Tweets is more of an awareness-building marketing channel than a customer acquisition one. It’s an interesting new way for us to expose a broader population of investors to the unique value and investing insight they can get at Zecco. Currently, Zecco uses an integrated marketing strategy consisting of a mix of acquisition marketing, social media, and branding and other communication activities, with the bulk of the focus on customer acquisition via SEM.”

Starbucks is promoting their tweets on both branded (e.g. keyword: Starbucks) and unbranded keywords (e.g. keyword: coffee) to keep Starbucks top of mind among people searching for relevant keywords on Twitter. 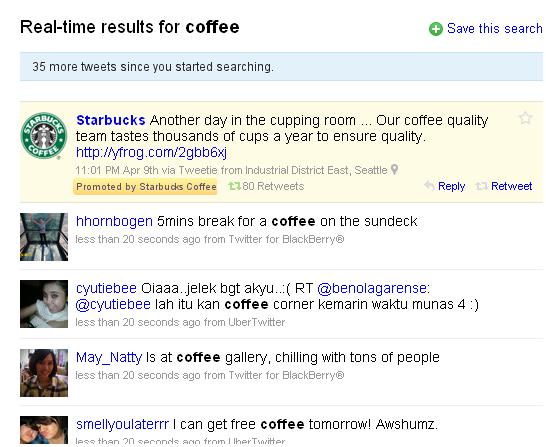 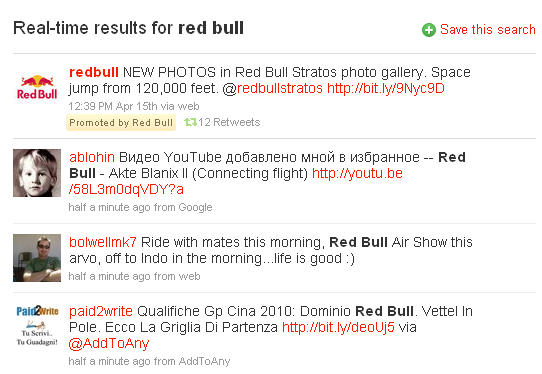 So far, the results of these efforts have not been widely publicized, so if you know of any case studies, please share!

Next post: What Do The Top 20 Fastest Growing Categories in Paid Search (PPC) Tell Us About the Economy?