Yesterday morning, a new promoted trend started appearing on Twitter: Paris Motor Show.  It is promoted by Chevrolet Europe, and it integrates an unbranded Twitter Promoted Trend with a Branded Promoted Tweet that drives to a basic YouTube channel that hosts a video uploaded just this AM.
This post breaks down the promotion and takes an early look at what’s driving engagement and results.
While the event is taking place in Europe (Paris), Twitter and Chevrolet appear to be promoting the Trend “Paris Motor Show” worldwide. Here’s how the Promoted Trend appears on Twitter:

This Twitter Promoted Trend is a Generic, Unbranded Keyword

When You Click on the Promoted Trend – Twitter shows the Search Results Page for Keyword “Paris Motor Show”, and of course Chevrolet’s Promoted Tweet is right at the top: 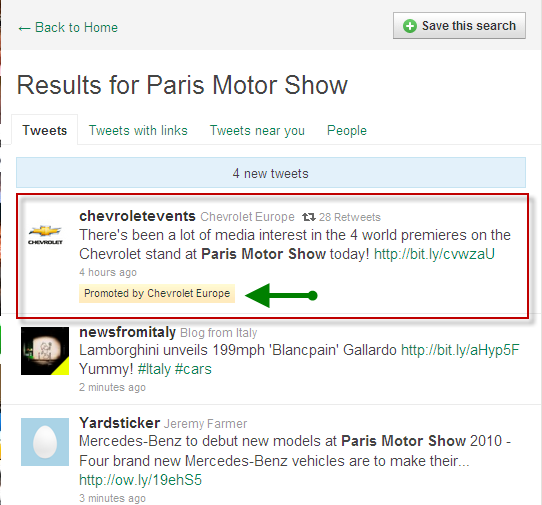 When you click on the link within the Promoted Tweet, Chevrolet takes you to a fairly basic YouTube channel that features the latest video directly from the floor of the Paris Auto Show (relevant): 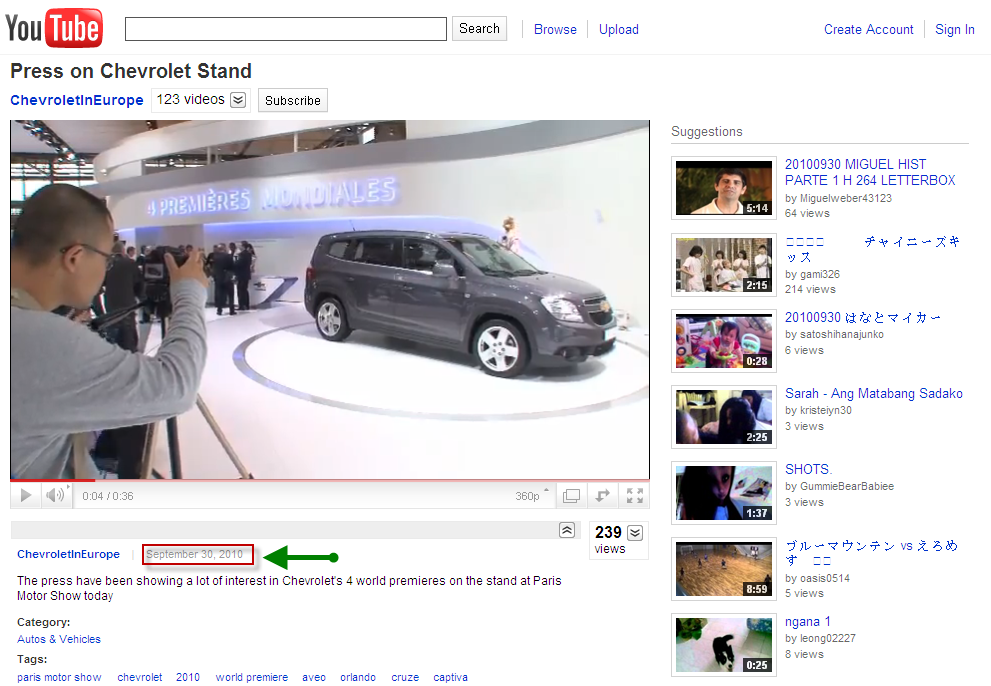 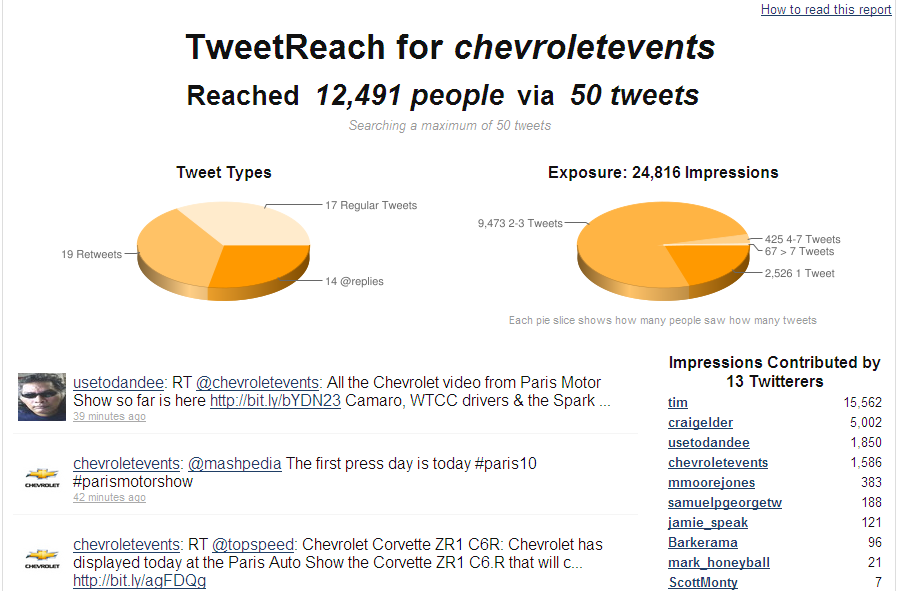 What do you think? Not impressed? Then consider this: their YouTube channel has half a million video views.

Previous post: What Do The Top 20 Fastest Growing Categories in Paid Search (PPC) Tell Us About the Economy?

Next post: Recommended Reading: Social, SEO and The Social Graph: What to Do Now – New Whitepaper from Gigya